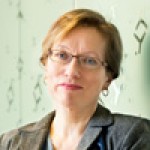 Dr. Ruth Elwood Martin is a retired family physician, a Clinical Professor in the Faculty of Medicine, University of British Columbia, and the Chair, Prison Health Program Committee, College of Family Physicians of Canada.  In 2000 she initiated a cervical cancer screening pilot inside prison, and later became a Co-Investigator with the HPV primary screening study in BC, “HPV-FOCAL”.  In 2005, she co-led the formation of the Collaborating Centre for Prison Health and Education (CCPHE), which is a Canadian network of academic, community and prison persons interested in improving the health of individuals in custody, their families and communities.  In 2005, she introduced a prison participatory health research (PHR) project to engage incarcerated women, prison staff and academics in addressing health concerns raised by the women themselves, and this project is described in a book entitled, Arresting Hope.   She was co-principal investigator for the “Bonding Through Bars” project in 2013, which examined the topic of children born to incarcerated parents, and she as an expert witness in the BC Supreme Court case, which ruled that the decision to cancel a provincial correctional facility mother-child unit infringed the Canadian constitutional rights of mothers and babies.  In 2014, the CCPHE developed best-practice evidence-based Guidelines for the Implementation of Mother-Child Units in Canadian Correctional Facilities.  She was the recipient of a 2015 Governor General’s Award in Commemoration of the Persons Case, which she dedicated to incarcerated women and their families.