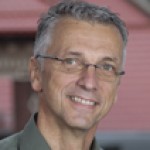 David is working to enhance the integrity and well  being of men for the benefit of families, communities and the globe through The Men’s Initiative(thmensinitiative.com).  It is based on previous work with members of the military, RCMP officers, men with prostate cancer, and young men who experienced trauma and/or challenging relationships with their fathers.  Through listening to the stories of men, it became apparent to David that not only were men experiencing phyiscial, emotional, and spiritual suffering but that they were also a force for family renewal and strengthened communities.

Since its inception, The Men’s Initiative has worked to understand and engage men from different paths of life and to catalyze a global conversation about the state and impact of men in the world.  It carries out this work through three primary levers of change:

The role models serving as areas of focus are:

In this context we are also committed to understanding the role/impact of fathers and father figures on their children, in their families and in their communities.

Primary: Understanding the role/impact of fathers and father figures on their children, in their families and in their communities; resilience in first responders, i.e. fire fighters and police officers; experience of professional athletes in transition into retirement; psychological impact of living with prostate cancer and its sequelae; what it means to be a ‘good man’ on and off the court/field/ice as an athlete or as a coach.